Why do so many NFL players have locs? NFL players, compared to athletes of other sports, are known to wear locs. Al Harris is known as the first player to wear locs. Here is the earliest photo of him during a 1998 game and he is noted to have worn locs as early as 1997. Since then, their rise in the NFL has been prolific.

There are a lot of reasons people will give for this. Statistically, there are more players in the NFL compared to other sports. And, there are a lot of black players in the sport, which brings a higher chance for seeing locs. Some hypothesize players wear locs, because they give a bit of extra protective cushion in the helmet. Regardless of the veracity of that, we know not all locs have been safe while the game is in play.

For other reasons – there is also a cultural and communal aspect to it, which some people may dismiss as just a “trend.” However, hair has a social element to it – locs included. Take for example, Jhery Brown, the same stylist who maintains locs for multiple NFL players. NFL players talk and get inspired by each other. Seeing a colleague/friend with locs and being able to hear how they got started is something that can happen in the NFL as well.

All varying reasons aside, I think it is important to share explanations straight from the players themselves. It rebuffs the premise that these players just want to look “cool,” and shows the struggles some of them faced to just be themselves. As touched upon in this article, loc wearers have faced discrimination in the workplace, and NFL players (aspiring and current) are no exception. Below are 4 stories from NFL players of different backgrounds, years active in the NFL, and explanations for wearing locs.

Steven cut his locs in 2015. However, he did wear locs for years after starting in college. They also had a great significance to him.

“When I went to college, that’s when I started to grow the dreadlocks,” Jackson said. “It signified me missing my family. Each one of them were represented in a lock of hair.”

Atari is a Jamaican-born Rastafarian who has been growing locs since 15. His story with locs in football does not end there. Multiple coaches wanted him to cut his hair and attempted to slow his career progression in his defiance. One of these coaches was college coach George O’Leary. We’ll hear more about him in the final feature.

Wide receiver Laviska used locs as a way to move forward from a tragedy. Per his mother, Laviska wanted to honor his late father, who passed away due to a tragic car accident. His father actually never had locs. This may seem confusing as to why Laviska used locs to honor his dad if his dad never had locs. However, there is a biblical explanation for this. His mother states, “your strength is from your hair.” Samson – who is “renowned for the prodigious strength that he derived from his uncut hair” is an example from the bible of this.

These twins had locs prior to the NFL while playing college football at UFC. However, they did cut their locs during their junior year. Shaquill Griffinhad to cut his locs to play as his coach wouldn’t let him or his brother play. His twin brother, Shaquem, cut his locs out of solidarity.

About a week after they cut their locs, the coach resigned. While the coach was graciously unnamed during the interview, the dates align with George O’Leary being the coach. Unsurprisingly, coach O’Leary was subject of controversy a year prior for a lawsuit filed by assistant coach Ferraro. Ferraro accused O’Leary of making racist epithets in a case dismissed by UFC. During the interview, Shaquill talked about the emotion of cutting his locs and the anger as to why his coach forced him to when he was planning to retire. As Shaq hypothesized, George admits he was already planning to retire. All that aside, Shaquill and Shaquem have managed to flourish and have their locs now. You can listen to the full interview here where they talk about their locs, and their book “Inseparable.” 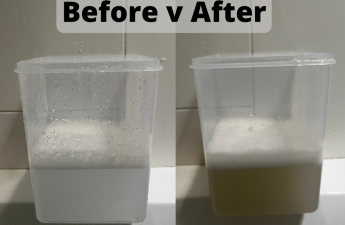